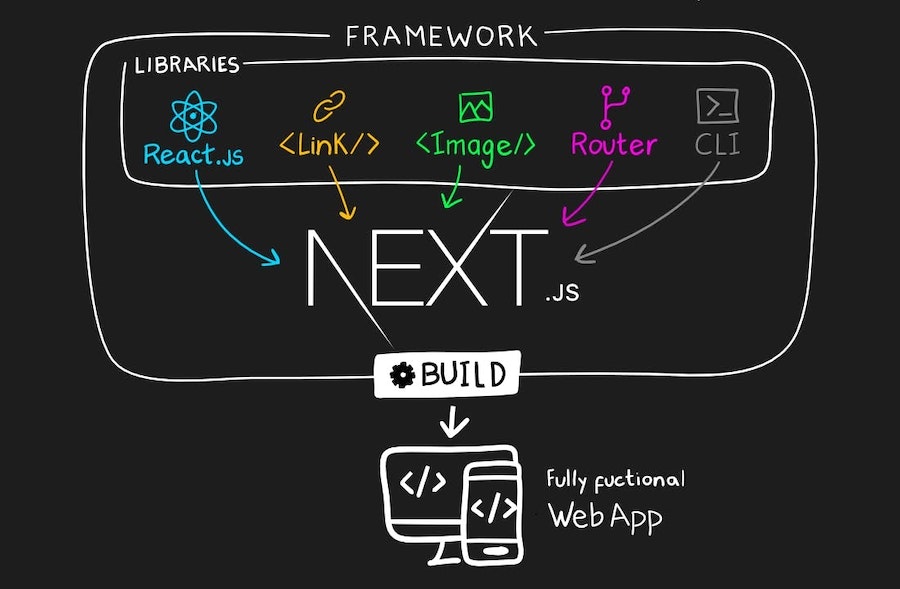 On August 24th, 2022, we reported a vulnerability to Netlify affecting their Next.js "netlify-ipx" repository which would allow an attacker to achieve persistent cross-site scripting and full-response server side request forgery on any website out of the box. The vulnerability was fixed on August 26th, 2022, and affected many high traffic websites including Gemini, PancakeSwap, Docusign, Moonpay, and Celo.

With the introduction of Web3 browser extensions like Phantom, Metamask, and Coinbase Wallet, there has been an increase of seemingly “static” websites which allow users to interact with blockchain networks like Ethereum and Solana directly from the browser. The majority of these static cryptocurrency websites are written in Next.js and run on top of Netlify, Vercel, and Github pages.

One of the reasons we suspect that nearly all of these websites use Next.js is because of how supported Web3 functionality is within the Next.js ecosystem. There are many libraries that make it easy to work with browser extension wallets, so developers choose to build with them.

Since these sites don’t typically store sensitive information, have state changing functionality, or have many traditional elements of interactive websites (login, registration, profiles, etc.) it’s easy to assume that they lack any interesting server-side functionality. After investigating these frameworks for a few months however, we realized that this was not the case due to the many server-side components that run on top of Next.js.

How do static Web3 websites differ from a security perspective?

When approaching lightweight JavaScript websites which run on Next.js from a security perspective, the following changes in the traditional CVSS model for the targets:

Integrity (the most important security element for Web3 websites):

When approaching these sites as bug hunters with our understanding of how they have a different security model, we focused specifically on ways to compromise the integrity of the websites. We paid close attention to how resources were being imported onto the website (imagine if an attacker updated the Tether logo on OpenSea’s CDN to an Ethereum logo and then bid on an NFT with 100 fake ETH for only 100 USD) and hunted for ways we could modify the page responses and page DOM (cross-site scripting, arbitrary file upload, subdomain takeovers, DNS issues, IPFS issues, etc.).

Whenever there are large numbers of particularly sensitive targets that are grouped into any single basket, it's hard to ignore said basket from a security perspective. This led us to auditing the Next.js ecosystem over an on-and-off period of about 3 months.

OpenSea, the largest NFT platform, runs on top of Next.js

One of the offered benefits when using Next.js was their image optimization functionality which worked to serve images faster, cache them, and improve your Google SEO rankings.

The way it worked was that there was an exposed route on the site which would proxy and try to optimize all images. Providers like Netlify would do the heavy lifting and server-side modification of the images so your users would experience faster image loads.

An example user interaction with this service would look like the following:

The first issue we identified was an open redirect due to the way the site attempted to load local resources:

When the “_next/image” handler attempts to load local resources, it sends a mock HTTP request to itself. Since the URI parameter for the resource is sent via an HTTP GET parameter by the user, an attacker can provide the backslash URL for the URI which is not normally possible unencoded via a normal HTTP request. When this issue is paired with the default behavior for Next.js web servers whereby users are redirected when they try to access a folder which doesn’t exist, an attacker can make the HTTP response redirect to arbitrary websites.

The above open redirect we found was interesting because it would actually return the redirect to the user versus following it server side. This was because it was actually causing an error on the backend where it didn’t allow people to send requests to non-existent routes with extra slashes on the end, so it broke out of the functionality and ended by redirecting the user.

We continued looking into the image optimization endpoints when we found the “_ipx” route. This route was interesting as it functioned very similarly to the “_next/image” route, but had multiple different versions run by different people (e.g. Nuxt.js, a totally separate library, has an extension called “unjs/ipx” which doesn’t load external resources, whilst Netlify runs the “@netlify/ipx” NPM module which does).

Since our interest was in finding issues like open redirect, SSRF, and cross-site scripting, we looked into the Netlify IPX version. The IPX route for Netlify worked like the following:

After playing around with this functionality for a little while, we identified that it was using a unique library for URL parsing that we’d never seen before. We found the source code and realized that it was possible to break the URL parsing through a number of different confusion attacks:

It is possible to achieve cross-site scripting and server-side request forgery on any website running the “@netlify/ipx” library if the developers have added a whitelisted host to the configuration file due to improper URL parsing in the “unjs/ufo” library.

An attacker could execute arbitrary JavaScript and write arbitrary HTML via the malicious SVG file. It is possible to bypass the host whitelist and send/read image files from any website. This could be abused on a large number of websites as the “/_ipx/” route is defaultly installed on many Netlify installations.

After finding the above issue, we were somewhat frustrated as it wasn’t a totally universal exploit. The attacker would have to find a host which had added a host to the whitelist and additionally know what hosts had been added to the whitelist.

We switched focus and began to hunt for a universal exploit which would work by default on any “@netlify/ipx” installation. Since the IPX functionality was open source, we began auditing the code and found this interesting snippet:

When building the HTTP request sent out to fetch the optimized image, the server will default to sending “http” unless the protocol is otherwise specified through the “x-forwarded-proto” header. The above code was used in the context of fetching local images as well, so it was usable without a whitelisted host.

After the above code parses the “id” parameter, it is used in the following code to actually trigger the HTTP request:

We realized that you could send a full URL with a trailing “?” or “#” via the “x-forwarded-proto” header which would overwrite the entire URL that the server was attempting to reach out to. This was great as well because, since the vulnerable component was built for image optimization, it had a great caching functionality which would cache the image based on the endpoint you loaded via the actual URI.

It was possible to (1) add the “x-forwarded-proto” header with an attacker controlled host and malicious file, then (2) copy the URL that you sent the HTTP request to, and (3) send the full URL to a victim where it had been cached whereby the XSS payload would trigger after opening.

The full report is as follows:

The “netlify-ipx” library uses the “/_ipx/” route to load local resources for image optimization. When building the URL that the server sends the HTTP request to after a user requests a resource, there is a piece of code which accepts input via the “x-forwarded-proto” header and allows an attacker to completely overwrite the URL which the HTTP request is sent to. It is possible to send a full attacker controlled URL via this header that, when paired with the server caching functionality, creates a stored cross-site scripting payload indexed on whatever URI under the “/_ipx/” route that the attacker decides to use as a caching endpoint (e.g. /_ipx/example.svg)